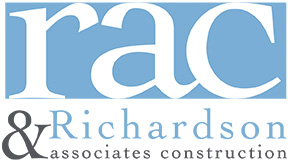 "We shape our buildings; Thereafter they shape us."

Jason founded Richardson & Associates, along with his wife, Andrea, in 2010. Jason graduated from Auburn University with a degree in Building Science from the prestiged McWhorter School of Building Science. He brings with him more than 20 years of experience in the construction industry and is gifted with an eye for superior design. Jason has procured his skillsets and industry expertise working for two of the nation’s largest and most successful general contractors, Brasfield & Gorrie and Rabren General Contractors, alongside his experience as an independent business owner. Jason was raised on the white sand beaches of the Florida gulf coast and his favorite pastime is fishing.

Andrea graduated from UAB with a degree in Business and went on to earn her Executive MBA at the University of Alabama. Her background as an executive for one of the world's largest public corporations combined with an immense passion for architecture and design keeps her well positioned to craft the vision and strategy for a continued path of success for RAC. Andrea's work has been published in local, national and international publications and her love of design is unrivaled. Andrea and Jason reside in the Oak Mountain area and have two beautiful twins, Rivers and Jekah, who keep them busy in their spare time.